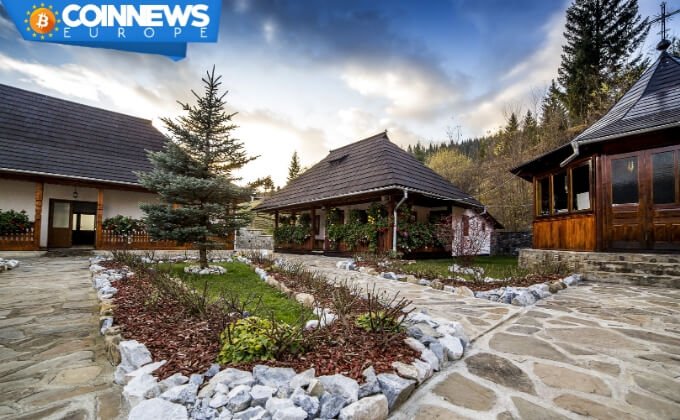 Can Romania give the global technology industry two unicorns? A group of local entrepreneurs and programmers believe that UiPath’s spectacular story is, in a way, repeatable. Ambition, work and strong confidence in an idea can lead to the launch, in Sibiu, of a global revolution in one of the most fashionable technologies of the moment – blockchain.

The technology developed in Sibiu, on which local and international investors have already bet millions of dollars, could have the impact that the transition from dial-up to fiber optic connections had on the internet market, say the members of the Elrond team.

“Elrond is a blockchain technology built from scratch to bring about a 1,000-fold improvement in processing capacity, processing speed and cost. The best analogy is the transition from dial-up to broadband, which we saw in the Internet age and which we are currently trying to bring to the blockchain field. We have been working on this technology for almost three years and we are finally ready to bring the technology to market,” said Beniamin Mincu, founder and CEO of Elrond Network, on ZF IT Generation.

The Elrond story began in 2017, when brothers Beniamin and Lucian Mincu together with entrepreneur Lucian Todea (known for projects such as ITNT, SmartBill, TypingDNA) formed a strong team of specialists in new technologies.

“We have gathered a team of exceptionally talented people, and very, very hardworking. Each came with a background from major technology companies such as Microsoft, Google, IBM and others. Team members have doctorates in computer science, artificial intelligence and prestigious awards at various competitions in mathematics, artificial intelligence and other fields. What I think made a huge difference is that we all worked in a way that doesn’t work normally. Trying to bring this technology to market, we have reinvented ourselves many times.

It really seems incredible if you consider that Sibiu is a city with 150,000 inhabitants. I think the lesson is that wherever you are in the world, if you find a team of people with whom you can believe in a very strong idea, and you can really build it, I don’t think there are obstacles that you can’t overcome or problems that you can’t solve,” he pointed out.

Currently, Elrond Network has become one of the most watched hi-tech projects generated in Romania, given the launch of the new blockchain technology developed by the local company, which promises lower costs and performance 1,000 times better than Bitcoin or Ethereum, could revolutionize the entire industry globally.

The technology developed by Elrond Networks has already received validation from investors, with the company obtaining financing of over 5 million dollars so far. At the beginning, however, brothers Mincu and Lucian Todea financed the project with their own funds, and then, at about a year and a half, the two managed to obtain the first financing.

The start-up aims to attract one million users in December for the application it will launch soon.

“From there, I think we will be able to grow faster than almost any company in this field, precisely because we simplify things so much. Much of the friction of adoption in this field has to do with the complexity with which the field comes. When this complexity simply disappears, and man notices the clear and immediate utility, there are some elements that position us for a very, very fast adoption. I am convinced that Elrond will set some records on what a company can build and how fast it can grow. Especially the next 3-5 years I think will be explosive for Elrond’s growth,” he concluded confidently.