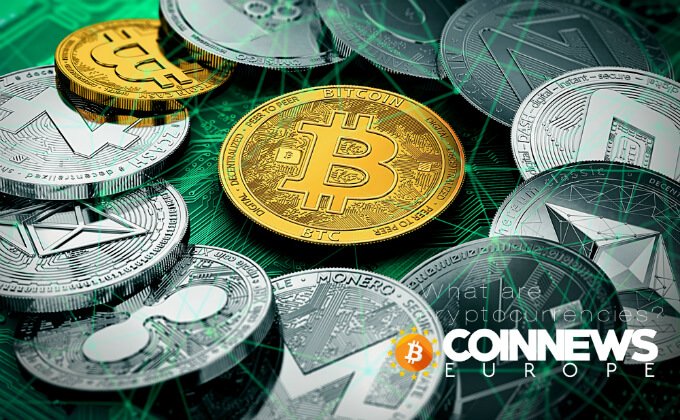 In the digital world, Bitcoin is a new form of currency used to make online transactions. It is a digital monetary system used to pay a variety of goods and services. In many ways, it works the same as paper money with some key differences. Transactions are made without middle men – meaning, no banks! It can be used to buy merchandise anonymously. In addition, international payments are easy and cheap because bitcoins are not tied to any country or subject to regulation. Even though Bitcoin has become a global phenomenon, some people still find the use of it somehow geeky. Yet some banks, governments, and many companies are aware of its importance. Now that Bitcoin has started to become the money of the future, it would be safest to know more about cryptocurrencies.

Cryptocurrencies, or virtual currencies, are digital means of exchange created and used by private individuals or groups. They are considered alternative currencies because they are not regulated by national governments, therefore they are mediums of financial exchange that exist outside the bounds of state monetary policy. Their supply and value are controlled by the activities of their users and highly complex protocols built into their governing codes, not the conscious decisions of central banks or other regulatory authorities. It is completely decentralized, open source, and transparent. This means you can see all the transactions that have ever been done on the network, and you can check and review the blockchain data yourself to verify the authenticity of each transaction. A cryptocurrency’s blockchain is the master ledger that records and stores all prior transactions and activity, validating ownership of all units of the currency at a given point in time. Cryptocurrencies use cryptographic protocols embedded on advanced mathematics and computer engineering principles that render them virtually impossible to break, duplicate, or counterfeit the protected currencies. These protocols also mask the identities of cryptocurrency users, making transactions and fund flows difficult to attribute to specific individuals or groups. Significantly, cryptocurrencies can be exchanged for fiat currencies in special online markets, meaning each has a variable exchange rate with major world currencies like the U.S. dollar, British pound, European euro, and Japanese yen.

Today there are close to 1,500 active cryptocurrencies, and that number continues to grow each day. Ultimately, it is best to understand as many of them as possible. Like any other asset, their price can rise and fall quickly, making them highly volatile and risky investments.

Here are the top ten cryptocurrencies, and what they are known for:

The very first form decentralized form of digital cash that had no central governing or controlling body which aims to remove the need for third parties to facilitate transactions. Satoshi Nakamoto created Bitcoin in 2008 with a value of little over a single cent and now this particular cryptocurrency has skyrocketed to monumental levels. It is known for being the first and easiest to get cryptocurrency.

Ripple is a payment protocol which runs on a permissioned blockchain and aims to support instant, cheap transactions. It is a real-time gross settlement system, currency exchange, and remittance network. It is known for its strong focus on the banking market.

Created by Vitalik Buterin and launched in mid-2015 after a successful crowd sale. Ethereum is known for peer-to-peer smart contracts. It enables people to code and enact contracts without third parties.

Since its inception, Litecoin has acted as the silver to Bitcoin’s gold. It is all about becoming the next peer-to-peer payment facilitator like bitcoin. It has a founder that is fully dedicated to its development, has a faster block processing rate that keeps miners intrigued and rewarded. Moreover, it has a more decentralized proof-of-work algorithm. This upgrade helps to vastly improve blockchain capacity, while reducing transaction settlement times and fees.

Blockchain is its major selling point, and it similarly incorporates smart contract protocols. It has implemented its own consensus mechanism called the Stellar Consensus Protocol. However, Stellar has positioned itself to go after corporations, and not just financial service companies.

Monero is a secure, private, and untraceable cryptocurrency. It is open-source and accessible to all. It is a cryptocurrency that focuses on privacy – using the ring signature technology. Ring signatures were invented by Ron Rivest, Adi Shamir, and Yael Tauman giving the world of cryptography a new type of key process. The method is similar to group signatures, but there is no way to reveal the anonymity of single users within the group of users. The only people who can witness the data for what it is would be the sender and receiver.

Rather than focusing solely on enterprise clients, NEM is all about peer-to-peer payments and transfers, be they retail or enterprise. NEM announced its partnership with the Malaysia Digital Economy Corporation (MDEC). MDEC is a government-owned institution that handles digital infrastructure, security, and technology-related laws advisement in Malaysia; thus, it may mean significant influence in getting a significant influence XEM adopted in Southeast Asia.

Dash, short for Digital Cash, is a cryptocurrency with strong focus on both privacy using anonymization technology called PrivateSend which anonymizes transactions by mixing transactions with others and speed. It has a market cap of $77 million with an attempt to make the cryptocurrency more user-friendly.

Cardano is branded as a third-generation cryptocurrency seeking to create an environment that is inviting to developers and does not require expert blockchain knowledge. It was built in conjunction with Ethereum Fork and Ethereum Classic.

Komodo is a relatively new cryptocurrency to hit center stage, but it brings a whole slew of advancements that virtual coin users and investors are bound to appreciate. Komodo has plans to launch fiat-pegged cryptocurrencies which may allow for the easiest conversion between fiat and digital currencies.